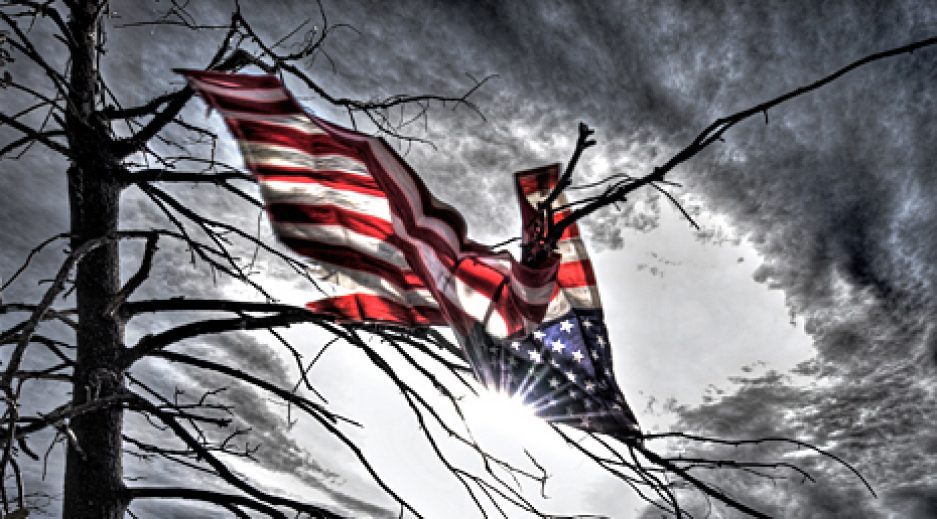 One distressing feature of our ongoing national emergency is that the greatest international emergency we’ve ever faced often gets relegated to a side note: “and oh by the way, on top of everything else, we’re running out of time to address climate change, and Trump doesn’t give a shit!”

Today, as a powerful hurricane barrels down on Florida, we’re reading about yet another devastating UN report on climate change: a minimum of 250 million people displaced; massive superstorm events in coastal cities, every single year; marine heatwaves killing our oceans; chaos and catastrophe all over the globe, including the U.S.

And while we’ve all been focused on the President’s emotional and mental unravelling over the past month, one arc we’ve largely ignored is a stunning effort on the part of the United States government to not just ignore climate change, but to make it worse:

And finally, at a G7 summit with dozens of embarrassing, mortifying, terrifying moments from our President, the lasting image may be this one, America’s empty chair at a meeting to discuss the climate crisis among the remaining leaders of the free world: 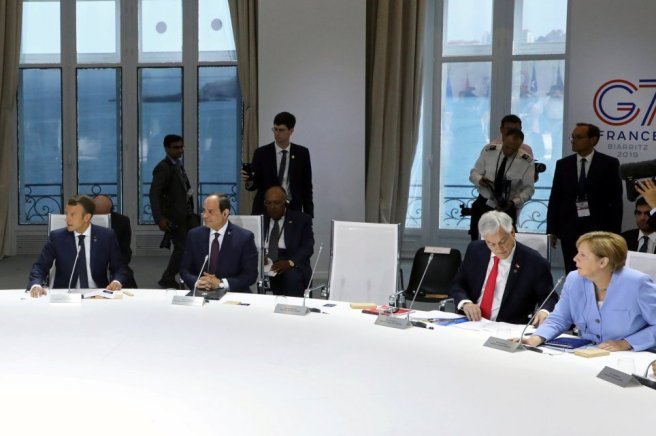 The writer Ann McFeatters wrote powerfully of the unsettling image of that empty chair, and what it portends not just for a coordinated international response to climate change, but for America’s diminished (if not fully collapsed) status as leader of the free world.

“It takes a long time to get lost respect back,” McFeatters writes. “Sometimes, it never happens.”

This sentiment taps into something that has been gnawing at me for several months now. We like to tell ourselves that the damage President Trump is doing internationally can be undone, but what if it can’t?

Because for all of this President’s obvious idiocy, there is a startling consistency to all of his actions on the world stage: everything he does in that arena has the effect of undermining the established world order that has served America so well for 70+ years.

And nowhere is this intentional disruption of the world order more obvious than on the issue of climate change.

Climate change is a global problem and it requires a global solution; the alternative to a global solution is isolationist hoarding, craven monetization of, and ultimately a fight to the death over, the world’s rapidly diminishing resources. That alternative should be unacceptable to any thinking human, and yet every action the President takes suggests that that’s precisely the world he wants to create.

Retreating from the Paris treaty, scaling back regulations to allow unfettered pillaging of natural resources at home, applauding the same type of reckless pillaging of the“the world’s lungs” in Brazil, even floating the absurd Greenland gambit – all of these signify that the United States, under President Trump, intends to pursue an agenda of aggressive resource hoarding and nationalism, rather than coordinated, proactive international action.

That same frightening climate change report noted that the big four contributors to climate change – China, India, the U.S. and the E.U. – have all to some degree scaled back their efforts to combat the issue.

In a world without leadership, when the world’s greatest powers – including its once fearless leader, the United States – are showing signs of dangerous self-interest and isolationism, the smaller, more vulnerable nations have no choice but to follow suit.

America became a superpower on the strength of 70+ years of relative international cooperation and comity; once our allies start to shift away from that, and towards strident, counter-productive self-interest, we have no idea whether that trend can be reversed.

Which brings us back to that empty chair.

Another in a long list of undeniable facts to add to our Aberrancy Index: the Trump Administration is purposefully harming America when it comes to climate change, not just by filibustering and denying reality, but by actively seeking to make the situation worse, and by aggressively undercutting the spirit of global cooperation that is absolutely essential to dealing with this crisis.

If we survive Trumpism, the next President won’t just be tasked with trying to re-cobble-together a global solution, with a clock significantly closer to midnight. He or she will be dealing with a world that has been conditioned to reject global solutions, and American leadership, on a level we haven’t seen in a century.